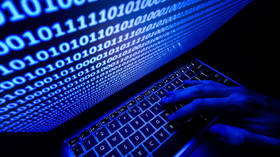 The British Army’s social media accounts were hacked, the defense ministry revealed, with the military’s pages featuring cryptocurrency and NFT-related content before the problem was resolved.

On Sunday evening, the ministry issued a statement saying that “the breach of the Army’s Twitter and YouTube accounts that occurred earlier today has been resolved and an investigation is underway.”

“The Army takes information security extremely seriously and until their investigation is complete it would be inappropriate to comment further,” the military said.

The British Army apologized for the “temporary interruption” to its feed and pledged to learn its lessons.

According to the media, the hacked Twitter account featured messages related to non-fungible tokens (NFT) – unique certificates that declare ownership of digital assets on the web such as images, videos, music files, game assets or even tweets. The profile heading of the military’s account was changed to make it seem associated with The Possessed NFT collection. The pinned tweet led to a fake NFT minting website.

Screenshots taken from the army’s YouTube site show that it was transformed into a page of the Ark Invest company, featuring videos on cryptocurrency and images of billionaire businessman Elon Musk.

At the time of writing this article, the YouTube channel of the British Army was still not working. 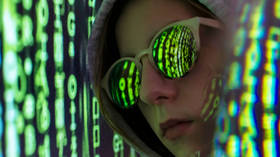 So far, no group has claimed responsibility for the hack. The attack came a few days after the head of the National Cyber Security Centre, Lindy Cameron, revealed that her agency had addressed “nationally significant incidents” along with hundreds of general cyber attacks that “affect the UK more widely every year.”

Sunday’s scare was not the first time the British military has been targeted. In 2020, intruders stole a database of defense ministry contractor Interserve which included details of up to 100,000 employees.