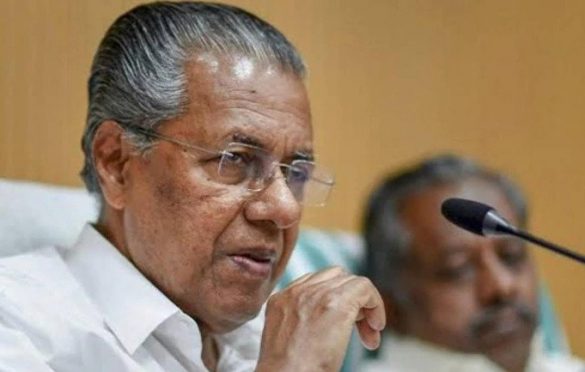 Facing sharp criticism from the Opposition and privacy rights activists, the Pinarayi Vijayan government of Kerala has backed out of the deal with American firm for managing Covid-19 data. Jeemon Jacob reports

The Kerala government has cancelled the agreement with the US-based tech firm Sprinklr for collection and management of health data of Covid-19 patients and those quarantined in the state.

The state government informed the High Court of Kerala on Thursday about its decision through an affidavit.

The state government told the court that state-run the Centre for Development of Imaging Technology (C-DIT) would now manage Covid-19 data of patients. This will be done the informed consent of the concerned persons.

It told the court that the steps have been taken to protect the data already collected by the government agencies. The state government said the Sprinklr has been directed to destroy all data collected so far from its database.

This followed a huge political row in Kerala over the issue. Chief Minister Pinarayi Vijayan faced severe criticism for engaging an American firm for data management of Covid-19 patients in the state.

Concerns were raised that entrusting health data with an American company puts the privacy of Covid-19 patients and quarantined persons at the risk. The opposition parties demanded cancellation of the agreement.

State Information Technology Department Secretary and Officer of Special Duty to Chief Minister M Sivasankaran had signed agreement with New Jersey-based Sprinklr. The pact had been singed without obtaining clearance from the law and finance departments.

The Sprinklr was to manage and analyse data collected by local self-government bodies pertaining to Covid-19 patients and home quarantined persons. The deal was signed on March 23.

As per agreement, Sprinklr was to assist the state government in collating and handling health data of people under quarantine. This stated objective of the deal was to assist doctors and health planners in making an informed choice of their hospitalisation requirements.

The data were collected at the grassroots level using a mobile medical application developed by Sprinklr. The Congress-led alliance UDF, and the BJP opposed the deal saying the agreement risked crucial health data of thousands of persons without their consent.

Leader of Opposition Ramesh Chennithala of the Congress raised the issue about the Sprinklr deal, when Kerala was fighting the second wave of Covid-19 outbreak.

CM Vijayan had then defended the deal. He said the state needed to have a partnership with a technology firm with expertise in cloud management of heath data and a platform.

However, the Vijayan government realised its mistake when the Opposition cornered it over the issue of “informed consent of the patients or persons” whose data has been transferred to a private firm.

The state government had overlooked the mandatory provisions while transferring the health data of the citizens. Later, the Opposition approached the Kerala High Court seeking cancellation of the Sprinklr deal.